Almaty (Alma-Ata), formerly (1855-1921) Vernyi, situated in the southeastern part of Kazakhstan at the foot of Zailiski Ala-Tau mountain system at an elevation of 2,300-3,000 feet (700-900 m). Almaty’s second name is garden city. Almaty city has 80 sq.m. of green plantations for each of its million-odd residents. 130 years ago Vernyi city contained mostly stone buildings. However, after the earthquake of 1887  most of buildings destroyed. Due to this fact, was ordered to build not higher than 2-story buildings with a large distance between them.

In Soviet time, the city of Verny takes on a new name – Alma-Ata and becomes the capital of the Kazakh SSR.  During this period,  people built a large number of theaters, museums and apartment houses. These apartment houses got names as “Khrushchevka” and “Stalinka” due to the peculiarities of architectural solutions in their construction.

During the historical Almaty tour you will see the different periods of becoming modern Almaty and feel the spirit of history and modernity which is in the air of it. Also you can visit the mountains which are sometimes called as the second Switzerland. We suppose you will enjoy the tour!

Almaty City tour will start with visiting of the historical center of Almaty and where architecture from 19th and early 20th is well preserved and mixed with modern architecture.
Voznesenski orthodox cathedral
(was built in 1910 by architect Zenkov) hosts exhibitions of more than 297 ancient Kazakhstani and ancient Turk instruments
Kyzyl-tan trading house
College-museum named after governor
French consulate
2

After the tour at the historical center of Almaty during the reign of Russian empire, visiting the “Golden Square” of Almaty city center where most of architectural objects belong to the period from 1930 to 1957
Old square
Theatre named after Abay
The building of Science Academy
Almaty Railway station

From whereas tourists either on funicular or Company’s bus will move to Shymbulak ski resort complex which is 2200 meters above the sea level. Perfect for launching long natural slope with varied terrain, combined with the unique, as it turned out, the snow composition, providing better grip and glide, conquered all. It is popular for its mild climate, large quantity of sunny days and great amount of snow through the winter (from November till May).
Shymbulak ski resort
Shymbulak ski resort

Dinner can be served at one of the restaurants on Shymbulak ski resort. 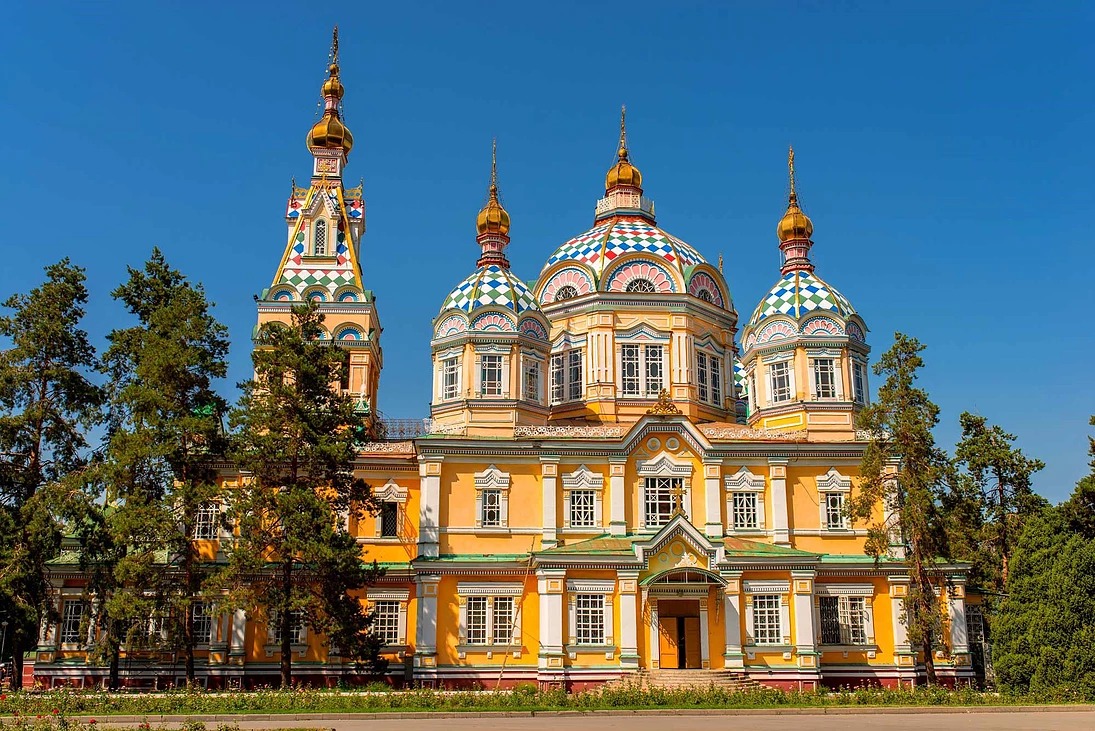