Kazakhstan is the country with a huge diversity of cultural, archaeological, natural features. And classical Kazakhstan tour offers  a wide range of places. As it lasts for 8 days, you will have good time sightseeing.

The tour “Classical Kazakhstan” starts form Almaty. It will uncover the beauty of the southern capital of Kazakhstan.  The tour tells the history of the ancient caravan route of the Great Silk Road. Moreover, tour allows you to see closer the archaeological monuments and medieval architecture that have survived till present time.

Also during the tour, you will enjoy the rich nature of the reserve of South Kazakhstan. And of course you will explore the young capital of Kazakhstan – Astana!

Arrival in Almaty with night flight, meeting with the guide at the airport Transfer to hotel for have a rest till morning

Breakfast. After breakfast we will transfer to Almaty city tour. Almaty sightseeing starts with the historical center of Almaty city. During the tour, you will visit: 28 Panfilovtzev Park; Vosnesensky orthodox Cathedral; Central Mosque; Central Historical Museum; the Green Bazaar. After lunch the tour continues at the Republic Square where tourists will learn the history behind this Square. Then we will drive to Medeo Gorge- where you will have a brief stop on the huge Medeo dam.

At the end of the city tour we will visit Kok-Tobe hill – the highest point of the city. From the top of the hill opens the surprising panorama on the city. After dinner drive back to the hotel Overnight

Early breakfast. In the morning, we transfer to the world’s largest rock paintings’ park – Tamgaly Tas, which was included to the UNESCO world heritage list. Tamgaly tas is a unique place, with over 4000 rock carvings dated back to the Bronze age. On the way to Tamgaly-tas, we can make a stop for excursion at one of the largest camel farms in Kazakhstan, which is well known for its camel milk called Shubat. In the late afternoon, we will directly drive from Tamgaly Tas to Almaty railway station for departure to Tulkubas

Early morning arrival at Tulkubas station. Transfer to Aksu Zhabagly Nature Reserve. Spreading from the western part of the Tien Shan Mountains, the oldest reserve in the territory of Kazakhstan – Aksu Zhabagly is located. Except from, rich flora and fauna, distinguishing part of the reserve is Aksu Canyon. In 2015 Aksu-Zhabagly was included in the list of the World Network of Biosphere Reserves of UNESCO. After accommodation and breakfast at Aksu Zhabagly guest house, we will have excursion around Nature Reserve, including the visit of Kishi Kayindy gorge.

Lunch during the excursion

Dinner and overnight in guesthouse

Breakfast. After short rest, transfer for excursion to Aksu canyon. Canyon Aksu considered to be one of the largest and deepest canyons in Central Asia. Canyon is beautiful at any time of the year. After lunch we will transfer to Sairam. Sairam, with ancient name Ispidjab, was part of Great Silk Road. Sairam is also called the city of 1000 mausoleums, because almost every second house has a mausoleum or mosque adjacent to their house; Departure to Shymkent city.

Early breakfast. Departure to Turkestan city. Upon arrival in Turkestan we visit main sightseeing of the city – The complex of Hodja Ahmed Yassawi. The complex contains Necropolis, Citadel with fortress wall, Hilvet underground mosque, the ancient bath complex and was included in the UNESCO world heritage list. After lunch, transfer to ancient city Sauran. Sauran (13-18.cc) used to be a strategic and trading center and its location on the Silk way promoted prosperity. The most interesting part of Sauran – underground channels of water. Transfer to Turkestan. Dinner in Turkestan and transfer to Shymkent. Overnight in the hotel

Breakfast. Visit of local Shymkent market, where you feel the vibe of Eastern Bazaar. Flight from Shymkent to Astana. Meeting with the guide at Astana airport and transfer to a hotel for refreshment. After lunch, starts Astana sightseeing tour. The tour starts from the old part of the capital, where through the streets of old city, you will learn the history of Astana. Then the tour takes you to the top attractions of new part of the city: Cathedral Mosque Hazrat Sultan; National historical museum famous for its gold found collection of Scythian tribes; Palace of Peace and Accord and others sightseeing spots. The city tour ends with the visit of Bayterek Monument, where you can see the capital of Kazakhstan from a bird’s eye view; Return to the hotel Overnight in the hotel.

Breakfast. Visit of EXPO 2017 museum – one of the largest in the world sphere. The “Museum of Future Energy” consists 8 floors dedicated to alternative source of energy.

Then transfer to Kazakh village located in Astana. We will invite you to Kazakh traditional house – yurt for tasting traditional meal and get acquaintance with modern nomad’s everyday life. During the visit, there will be a short show of hunting with berkut (eagles). Afterwards, you will learn Kazakh traditions and customs, try yourself at Kazakh archery art and listen to folk music Back to hotel Leisure time Overnight in the hotel

Breakfast. Morning transfer to the airport. Flight from Astana to Homeland 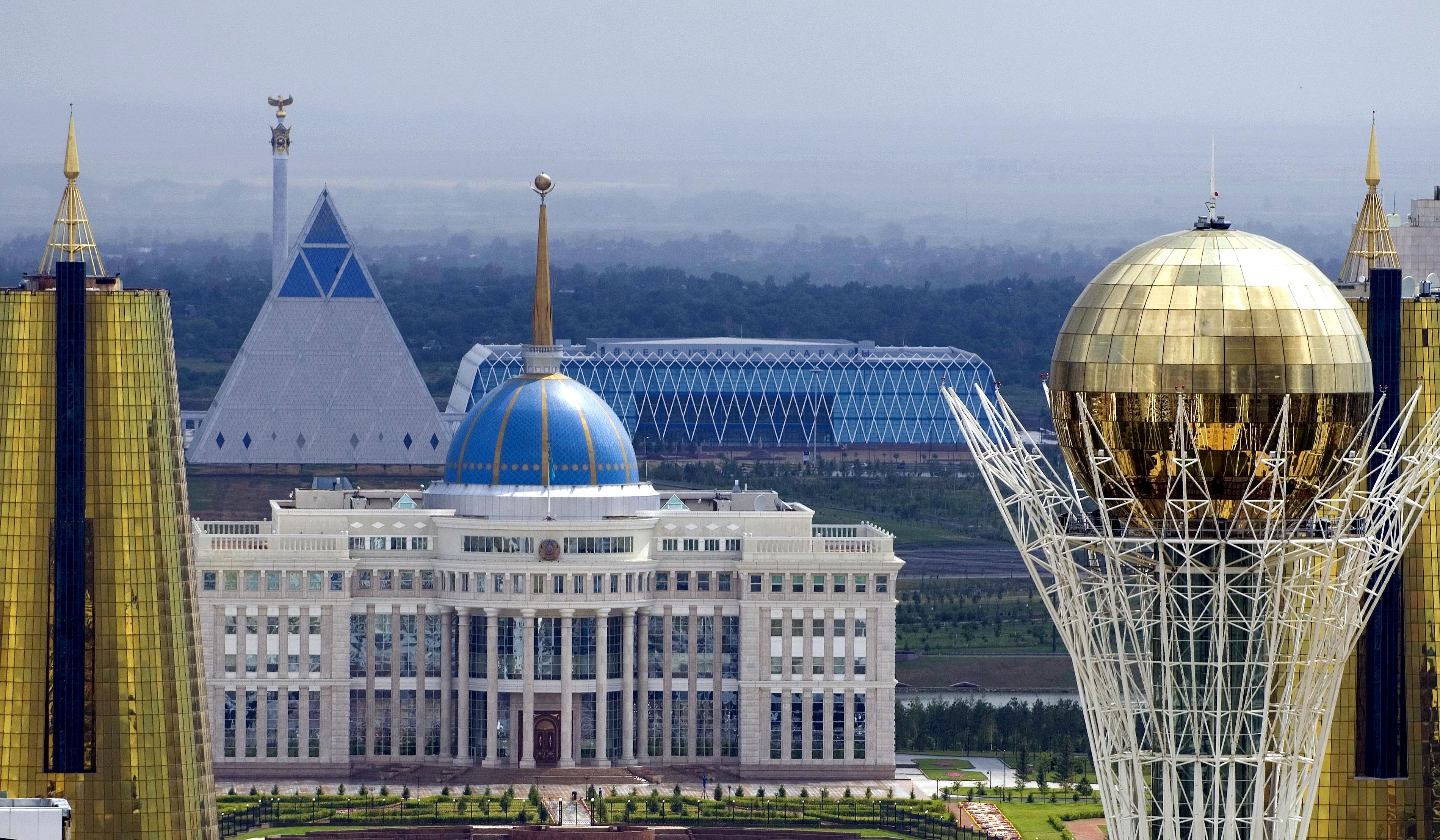